Samantha Martin is the lead singer, songwriter and focal point of the group. A dynamic frontwoman, she possesses a stunning voice that can summon up tidal waves of spine-tingling emotion in one instance while delicately bringing out the nuances of a gut-wrenching lyric in the next. A torrid force of nature, night after night she takes audiences to emotional peaks while leaving them stunned with her sheer pin-you-against-the-wall power. In combination with what she likes to term her “co-vocalists,” Sherie Marshall and Mwansa Mwansa, the vocal blend Delta Sugar produces is pure, unadulterated gospel-tinged, neuron-tingling magic where the sum is even richer than the already soul-melting parts. The group’s latest recording entitled “Run To Me”, earned a Juno nomination as well as 4 Maple Blues Award Nominations in 2019.

Glenn Marais and his incredible band the Mojo Train, features a five-piece band with Nick Bogoeff on Saxophone, flute, clarinet and vocals, Jeff Saulnier-Drums and Vocals, Jesse Karwat-Keyboards and vocals, and Manny De Grandis on Bass guitar and vocals. Glenn is a gifted songwriter and an incredible performer with an amazing band behind him, this is a show you do not want to miss – Catch a ride on the Mojo Train!

Samantha Martin is the lead singer, songwriter and focal point of the group. 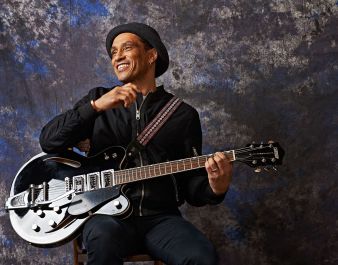 Glenn is a gifted songwriter and an incredible performer with an amazing band behind him, this is a show you do not want to miss.

We trust you and your family are staying well and healthy.

We are reaching out to you to update you on the rescheduling efforts in support of the 9th Annual Aurora Winter Blues Festival.

We have been working hard with our venue partner Theatre Aurora, all the Artists and their Booking Agents on rescheduling the dates for the festival.

Our rescheduled dates are Friday, September 11th and Saturday, September 12th for the festival performances with all acts intact. These dates however are based on the Government of Ontario’s guidelines on social gatherings for groups, concerts and festivals which we are closely monitoring and are hoping for an update by June 2nd.

Music Aurora will be making announcements to our ticket holders going forward as we learn more from the Government of Ontario on Social Gathering Guideline updates.

In the meantime, we have been supporting artists and their live streaming events and fundraising efforts through our social media channels. We are also in contact with the Town of Aurora as to how Music Aurora may assist with supporting the ARTs in the community during these Stay-at-Home times.

We thank you for your continued support of the AWBF and ask for your understanding until we have a better handle on how this summer will play out.

Wishing you positive vibes and good health in these trying times – keep the music streaming!

The Board of Directors