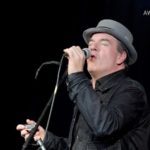 New Summer Concert Event celebrates Canada 150 with phenomenal local talent and established Canadian artists Music Aurora presents The Aurora Music Festival Aurora – Thursday, June 29, 2017 John Abel, Festival Director, announced the launch of the Aurora Music Festival, to be held at the Aurora Town Park, August 5, 2017, from 4:00 – 10:30 pm. This FREE event unites Canada’s 150th Celebration with Music Aurora’s proven ability to throw an awesome and memorable music event. The announcement was attended by political leaders, local arts and culture community partners, and festival sponsors. Local musician Lauren Haze kicked off the launch accompanied on guitar by Ryan Luchuck, performing one of her award-winning songs “I Won’t Make You Stay.” Jamie MacDonald, Music Aurora President and John Abel announced the concert line-up and the event community partners. “This is a community event that will help cultivate the Aurora music scene and is the perfect summer partner to Aurora’s

We trust everyone is healthy and coping well through these unprecedented times.

We are reaching out to you in regards to our 9th Annual Aurora Winter Blues Festival and though we have been working hard with the artists and our partners to bring this event to you, it’s just not possible to host the event this year even with rescheduling the dates into September. The health and safety of our patrons is foremost with us and to host the event in doors at this time is just not possible.

With this news, we are looking to return to our regular Festival timeslot in March 2021.

For our 2020 Ticket Holders, we Thank You again for your support and are offering the following three options to you:

Please respond to the email that we sent to you through Eventbrite. You may also reach us at info@musicaurora.ca if you have any questions.

Bringing Community Together Through Music has been our tagline from the inception of Music Aurora and it has never resonated more louder than now as we cope through these trying times.